Becky White PR || Behind The Scenes from Tom Duncan on Vimeo.

Highlighting fashion in video is quite the task. Getting the look and the music to fit the mood and the style of the clothing designs can be a difficult balance. Tom Duncan put together a beautiful behind the scenes fashion video using Lumineux. We got in touch with Tom and asked him a few questions.

The project was a behind-the-scenes shoot for Becky White’s Spring/Summer look book.  Becky runs a really exciting PR agency in Glasgow, Scotland which is home to lots of boutique brands and designers.  I’d been looking to diversify my portfolio and get in to more creative filmmaking.  The fashion world, even at the behind-the-scenes level, allows for a lot more experimentation than my bread-and-butter work in industry and education.  As preparation, Becky sent over some comprehensive mood-boards and I looked up the model’s previous work.  The theme for the morning shoot was ‘soft focus’ and the afternoon/evening was ‘play hard’.

What was your camera set up for the shoot?

I had my standard setup for anything I self-shoot indoors; a Sony EX3 on a wheeled tripod.  Since I wanted to get a bit ambitious with this one I called in a few favours and pinched a GlideTrack Hybrid Slider and Canon 60D from friends.  The 60D spent most of the shoot on the slider and the EX3 would go either handheld or on the tripod for the time-lapse shots.  In terms of setups, I was taking the lead from Euan Robertson, his stills were the priority because the look book would be going out to 200+ buyers around the UK.  Whenever he set up a shot I’d do my best to sneak in behind him and get some sort of wide shot, a close-up and a slide.  Everything was shot with available light. 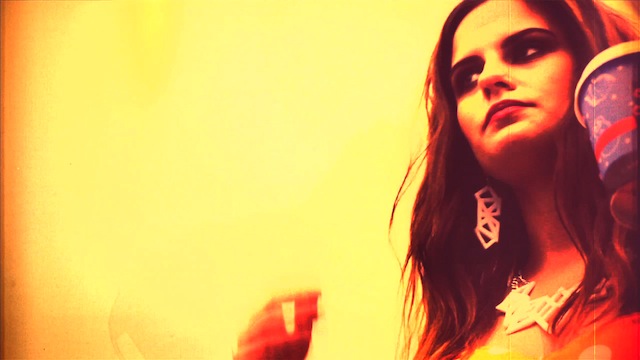 I ran the 60D footage through MPEG Streamclip to output in ProRes.  With XDCAM Transfer, my EX3 files come straight out of the camera, onto an external hard drive and then into Final Cut.  The music by SGX came from Magnatune.com, where I’ve got a basic subscription.  I wanted the intro to feel like I shot on film so that’s where I started layering clips up.  I brought in Lumineux to add an organic feel to the transitions in the intro.  FCP transitions like ‘Dip to Colour’ are great for individual impact moments but the transitions in Lumineux offer a less rigid, very natural flicker to the cuts and you can span them over multiple clips.  I reduced the opacity a bit to let the footage underneath soak through.  I did my best to match the colouring of the video footage to Euan’s stills, which were the last thing to be brought into the edit.

I really liked how you included photos along with the video. Its a really great exclamation point. Did you use any method to make them flow so well?

Yeah it’s not easy combining beautiful high-res stills with improvised video footage without it jarring so I played about with them for a while to see what would work.  The first step was selecting the right in-point for each photo, I tried to match the timing with Euan’s camera flash.  For the ‘soft-focus’ sequence I put a slight grow on each still to maintain the smooth movement of the tracking shots.  For the ‘play hard’ shots I mimicked the crash zoom of the video footage by playing around with scale and screen position.  The most significant tweak was the colours.  I matched the skin tones as best I could and used Magic Bullet QL to imitate the blown-out exposures and softness. 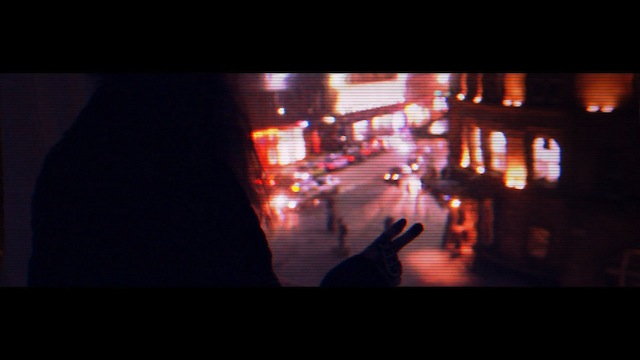 The film overlay at the beginning is a nice touch. How did you get that look?

Another cheat I’m afraid.  The film stock is a digital overlay which cost me £50 or so from Shutterstock, I’d picked it up for a previous project and thought I could put it to use here.  It’s amplified by the use of an 8mm projection sound from freesound.org.  That first shot has the 8mm overlay, 2 separate shots of the bokeh and model which I dissolved together as well as a bit of Lumineux glow and some “Hot Maddy” from Magic Bullet QL.

What made you want to use Lumineux?

I wanted to use Lumineux because of the importance of the contrast between the ‘film’ and digital sections in the piece.  If the viewer really buys in to the film feel of the ‘soft focus’ section then the digital ‘play hard’ section hits all that bit harder.  I knew I’d be using it to soften a few of the harsher shots and liven up a few of the duller ones.  We didn’t have the budget or man-power to be creating unique flares and leaks on location so Lumineux was a great tool to have in the post-production arsenal. 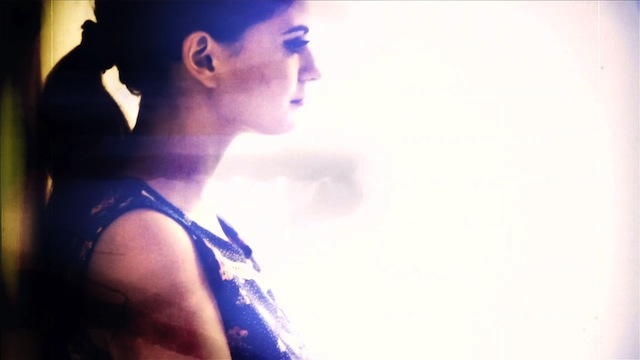 Well it couldn’t be simpler to use.  I’m always on the lookout for cost-effective ways to add production value to my work and Lumineux is my go-to lighting effects package because it’s quick, easy and instantly noticeable.  In fact, as a fairly new filmmaker, I’ve probably been guilty of over-using Lumineux in the past but I’m now more confident to use it sparingly and subtly for those really key moments in a sequence. 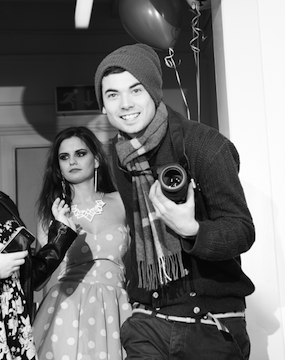 We want to thank Tom a bunch for sitting down with us to talk about his video. To check out more of his work visit tomduncanfilm.com or his vimeo page.