Home→ Audio Production→ Lapel Mic for Podcast Recording: What Lav Mic Should I Use?

Lapel Mic for Podcast Recording: What Lav Mic Should I Use? 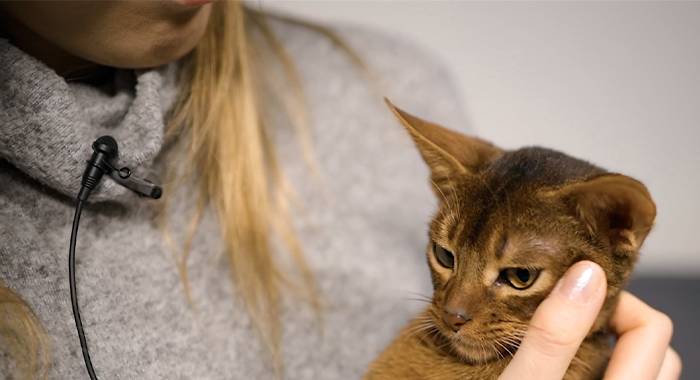 When we talk about podcasting, the one thing we should all prioritize is audio

Before looking for what audio interfaces or recorders to use, what podcast recording software you should buy, and even before writing your script, you need to get a microphone, and a good one too.

Yes, smartphones are getting better built-in microphones almost daily, but if you want to thrive in the podcasting industry, you need to sound like a pro.

Getting a decent microphone will save you tons of post-production time. Sometimes, even with the best audio software, you can’t make poor-quality audio sound good.

But what mic is the best for podcasting? You might have realized already that there are a lot of microphones recommended by famous journalists, podcasters, and YouTubers. It can be hard to choose one among so many raving reviews.

But today, I want to address a unique mic that will provide you with good sound quality and a lot of versatility: using a lapel mic for podcast recording.

What is a Lapel Microphone?

A lapel microphone, also called a lavalier or collar microphone, is a small mic that is either clipped or hidden into a person’s clothing, allowing them to move while recording audio.

You might have seen them on television or on YouTube when the presenter is wearing one on the collar of their shirt or jacket.

In stage performances, actors wear them hidden to move around without a boom microphone following them, and the same goes for TV and films.

However, lav mics are used even in great Hollywood productions when filming outside in big and open settings where they can’t have other microphones on sight.

Lav mics are nothing new: they have been around for some time due to the need for hands-free speaking for various situations.

It all started with microphones hanging on the neck of speakers before companies began to introduce small-size microphones like the 647A by Electro-Voice.

How Does a Lapel Mic Work?

Lav mics are placed at chest level on the person and plugged into a transmitter-receiver connected to your computer, smartphone, mixer, or directly to the recording device.

When you’re hiding a lapel mic, there are a few things you need to consider:

For an audio-only podcast, you can place a wireless lavalier microphone in front of your mouth like any other condenser mic, clipping it into a tripod or selfie stick.

However, consider that you’ll need to be in a quiet environment or sound treat your room before recording.

Most lav mics are omnidirectional, meaning they can capture sound from all sides, so you need to be careful when recording in noisy environments with a lavalier microphone.

Due to the lavalier microphone being close to the mouth, your voice will always be the loudest sound source. It also means that even if you move your head around, the lav mic would still be able to pick up your voice.

Cardioid lavalier mics are easy to find, but I think they’re less practical as you need to be very careful when placing them on your clothing. With a little movement, cardioid lav mics can end up facing the wrong side, capturing a muffled sound.

Now you know what lavalier mics are, how they work, and why they are good. So how do you choose which are the best lav mics for podcasting?

Things You Should Know Before Buying a Lavalier Microphone

Before analyzing the best lavalier microphones, let me introduce some terms you should be familiar with before choosing your next lavalier mic:

Buying the right microphone requires a lot of research, but by not simply choosing the collar mic with the best reviews, chances are you’ll get one that’s truly in line with your needs.

Also, keep an eye on your favorite podcast host and see the kind of external mic they’re using: if you like the sound of their recordings, find out more about their audio equipment and see if it could satisfy your needs too

Among the best lavalier microphones above, choose the one that best fits your project, and have fun recording your interviews!

What Type of Mic is Best for Podcasting?

The features of a microphone for podcasting change depending on the environment you’re in when recording.

Cardioid or hypercardioid mics help you narrow down the audio sources and make the sound more defined, while an omnidirectional condenser mic can help you capture all sounds within the recording area.

Generally speaking, cardioid and hypercardioid microphones provide amazing sound quality in most recording situations. Phantom power is often necessary with this type of microphone, which means you’ll need an audio interface to make your mic work.

The same goes when choosing an XLR mic. This microphone requires an audio interface that connects it to your PC and phantom power to function properly.

Most lavalier mics are either cardioid or omnidirectional, so choose wisely before opting for one or the other by carefully analyzing your recording environment.

Are Lapel Mics Good for Podcasting?

Lavalier microphones are great for podcasting on the go, such as if you’re recording from your smartphone or for live events where you need to be moving around. But lavalier mics will perform very well indoors too!

You may be wondering if it’s worth using lav mics or if you should just buy a condenser mic, so let’s see some benefits of using a lapel mic: